Brazil has long been known as a land of vast rain forests, endless expanses of magnificent beaches and rich cultural heritage. Now, it is rapidly gaining the well-deserved reputation of having many excellent golf courses and being a new destination for golf travel. With the return of golf to the Rio de Janeiro Olympic Games in 2016, after more than a century of absence, this event represents the beginning of a new chapter for golf in Brazil and in the history of the sport. The city of Rio de Janeiro is simply one of the most beautiful and vibrant cities in the world and is now home to 3 fantastic 18-hole golf courses, including the new and already legendary Olympic Golf course. From the city of Rio de Janeiro you can easily travel to other major golfing destinations in Brazil, each of which offers a truly unique experience. From the boomtown of Brazil, to the falls - The greatest natural view in South America. Play incredible 18-hole courses in Bahia - the beautiful northeastern state of Brazil. Discover the tropical islands with a golf course hidden in the jungle in Angra dos Reis
Prepare to be amazed, discovering Brazil as a new Golf destination!

This proposed, is only a basic program, to which you can add additional nights of stay to visit and play on the fields of Trancoso, the Iguazu Falls and even go as far as Buenos Aires and Patagonia ..

The Olympic Golf course is a new venue built for men's and women's individual golf events of the 2016 Summer Games, in which golf has returned for the first time as an Olympic sport after 112 years. Hanse Golf Course Design was chosen from eight contenders to build the course. The new golf facility is located at the Reserva de Marapendi in Barra da Tijuca - Rio de Janeiro. Since [the 2016 Games] marks the return of golf to the Olympics after more than a century of absence, this course represents the beginning of a new chapter in the history of the sport.

The Italhangá Golf Club was founded in the 1930s and is the only 27-hole club in the state of Rio de Janeiro. The club has always played an important role for golf in Brazil, as it has hosted some of the major golf competitions, including the Brazil Open and the LPGA Tour. Itanhangá is also famous for its golf school, which is active in promoting junior golf. The club has an 18-hole championship course and an additional 9-hole course. From the route, you can enjoy a privileged view of Pedra da Gávea and the Tijuca forest, two of the most beautiful postcard views of Rio de Janeiro. Surrounded by hills, the path gives you the unique feeling of playing in a huge valley. Golfers say that when they pass through the gate of Itanhanga Golf Club, it is like moving from the big city to a peaceful village less than 10 meters on foot. Itanhangá golf club is a relatively flat golf course with a large variety of beautiful old trees.

The Gávea Golf & Country Club in the south of the city of Rio de Janeiro is considered one of the most prestigious golf clubs in Brazil and dates back to 1921, where the course layout was designed by Arthur Morgan Davidson. The route is located between Pedra da Gávea, a huge rocky rock that looms over the course, the Tijuca forest and the São Conrado beach. The beauty of Rio de Janeiro, with its hills, the sea and the incredible vegetation, makes the Gávea Golf & Country Club a truly unique course, which gives you the feeling of playing in a magical tropical valley. You have to be fit to face its hilly fairways - especially those on the front nine. However, the reward is useful: an unforgettable view of the field and the sea. With just under 6,000 yards from the back tees, it's a short path, but the distance from the tee to the green isn't important for this little strategic charmer.

In the period between September and December and between March and June Rio de Janeiro is a city with an ideal climate. The heat is more bearable and the lower temperatures of July and August are not touched. Hotel prices are relatively lower and you can save enough on the flight. Many events take place in these months, first of all the festas juninas (the June festivals of Brazil, which also take place in Rio, where Brazilians love to spend cool dance evenings eating traditional foods) or the Rock in Rio. Clearly, not everyone will be able to leave during this period, but if possible do not give up. It is definitely worth it!
The New Year period is one of the best to get to know the Carioca city. It corresponds to the very high Brazilian season, when schools and offices are closed and people move for the holidays. The atmosphere is festive and the weather in Rio de Janeiro is extremely hot.
Carnival is perhaps the most fascinating moment for those who want to get to know Rio de Janeiro and its culture. If you have the chance, try to arrive in the days preceding the Carnival events, inquire about the parades and events and stay in the city until the end of the celebrations. You will be able to experience the parable that takes place every year and that, from the sparkling moments before Carnival, passes through the phase of maximum exuberance up to the final calm and the resumption of the ordinary rhythm of life. The Rio Carnival should be experienced at least once in a lifetime and represents a perfect starting point for an escape from the European winter.
The Italian summer holidays are the period when many go on vacation to Brazil and spend a few days in the cidade maravilhosa. We will never tire of repeating it: a trip to Brazil cannot be said to be complete without a passage to Rio de Janeiro. Therefore, even if it is not the ideal time to go to our beloved city, it is absolutely worth spending at least five days on the journey. The climate in this period is not the best and the temperatures in Rio are lower, but it also offers wonderful hot days to spend on the beach. It's a matter of luck.

When you can find me

Write me for a free consultation!

When you can find me

Write me for a free consultation! 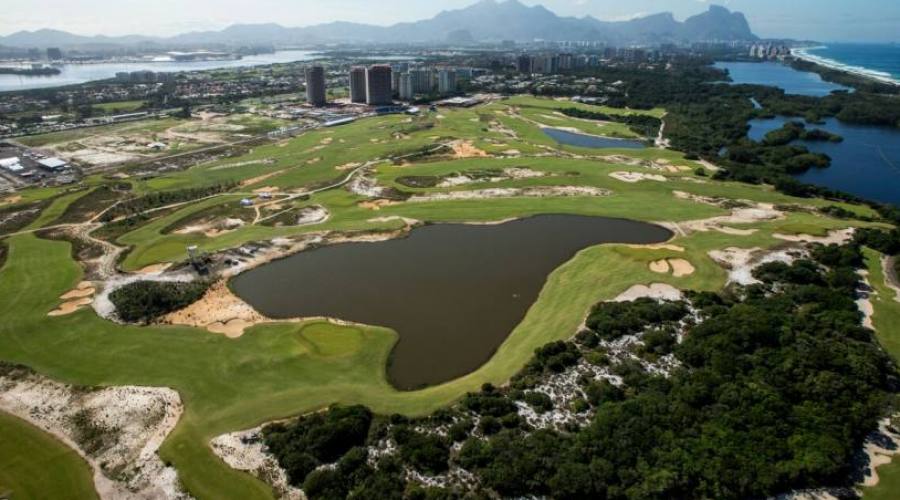 Fill out the form below and we will contact you to create your trip together!

This site uses cookies and technical profiling of its own and third parties for its functionality as well as to send you advertising, content and services according to your tastes and interests. By closing this message, scrolling this page or clicking any of its elements you consent to the use of cookies for the purposes indicated. To deny consent to all or some cookies, or to learn more click here. I accept
X

Don't miss the best deals of the week!
Sign up to receive interesting and unique offers each week!